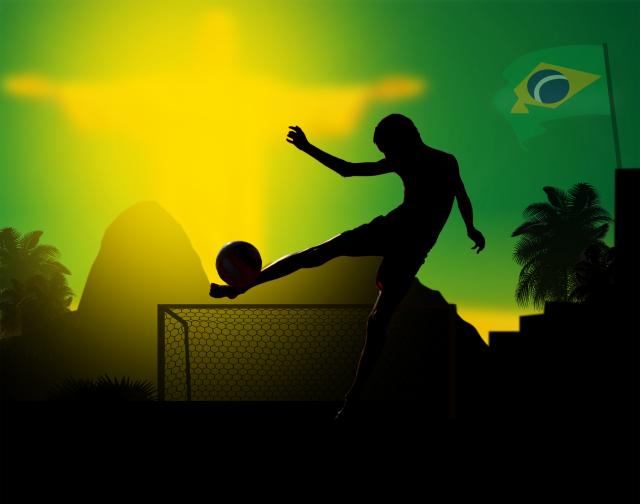 We all know that Brazil is a football-mad nation and why wouldn't they be when some of the world's greatest ever players hail from their sunny shores?

But did you know that far more professional Brazilian footballers play the game in countries other than their home country than any other nationality by far. According to the 2019 figures from the CIES Football Observatory at the last count more than 1,300 Brazilian footballers were playing for clubs outside Brazil. Compare that to the next highest number of expat footballers - the French - and they have little more than half that number of expat players.

There are all sorts of complex socio-economic reasons why this might be the case but it's clear there are more talented players from Brazil than any other nation.

About a sixth of the Brazilian expat footballers play in Portugal - not surprising really when they speak the same language (well, in theory anyway) - but they also crop up in what seem unlikely places such as Japan and Thailand.

Football is quite simply the sport that Brazilians love more than any other so it's not surprising that there have been some great footballing heroes in Brazil's history and, of course, in the present.

It is difficult to rank footballers from any nation, especially when they have been from different generations when the game itself was played differently. So you may not agree with me but here are my 5 favourite Brazilian footballers of all time - in no particular order:

Pele will always be someone for young Brazilians to aspire to. His technical abilities and mental attitude have been rarely surpassed all these decades later. He was only 17 years old when he played in the 1958 World Cup and scored 6 goals in total helping Brazil win the trophy for the first time. Unlike today's players he spent almost his whole footballing career with the same club - Santos - and retired with a record of 77 goals in 92 caps.

It was at Paris Saint-Germain that Ronaldinho first found fame going on to become a legend at Barcelona with his flamboyant skill. Part of Brazil's World Cup winning team in 2002, he retired in 2018 after stints at various clubs, including AC Milan.

Brazil's most-capped player with 142 caps Cafu is also the only Brazilian to play in 3 consecutive World Cup finals with Brazil winning in 1994 and 2002, when Cafu captained the team. The best Brazilian players are famed for their attacking ability but Cafu is probably one of the best right-backs ever.

One of the greatest players of all time, Ronaldo (Ronaldo Luis Nazario de Lima) undoubtedly had a rare and exciting talent. He scored eight goals during Brazil's successful 2002 World Cup campaign despite serious illness and injury threatening his career in the preceding years. He became an icon at Barcelona in his single 1996-97 season with them before his controversial move to Inter Milan.